She told them that she’s not going to push for changes in spending to speed  through the Legislature in one day for the upcoming fiscal year which starts July 1.

Kelly says she’s confident that there’s going to be another recovery bill passed by Congress, though she and the rest of the nation’s governors aren’t certain just how it is going to impact their states and their budgets…and their citizens.

COVID-19 has already cost the state and cities and counties millions of dollars, and we’re still trying to figure how much of that lost revenue will be paid for or at least pared by federal assistance…or whether those costs wind up being paid for by Kansans’ tax dollars.

There’s overtime for first responders, there is testing and hospitalization of the poor who don’t have their own or their employers’ health insurance to cover them, plus a wide range of other costs. There’s also the effect on revenues. Less sales tax, less individual income tax and Kansans stretching to pay their property taxes.

Lots of costs: Just where they are going to fall isn’t clear yet. And six or seven months of monitoring of revenues and needs probably will give Kelly and the Legislature enough time to see just what needs to be fixed, what is essential spending, what is not so essential and what can be reassessed in January to reassemble the budget halfway through Fiscal Year 2021.

It’s a little like waiting to see whether the tornado veers away from your house. You don’t know until it happens. We’re all cowering in the basement, and by this fall leaders should have a better idea of just what’s it going to look like when they leave the basement to see what damage the tornado has caused…and start arranging for repairs.

Many lawmakers aren’t likely to ignore that it was Kelly who essentially sent Kansas to the basement with executive orders that closed thousands of nonessential businesses, restricted travel, caused layoffs, closed in-person attendance at schools…oh, and shut down bars and restaurants.

But then, most legislators who are talking about their concerns for the health and safety of Kansans -- that probably were enhanced by the governor’s shut-down and stay-home executive orders -- are ready for things to open up, for their neighbors to go back to work earning a living, eating in restaurants and paying taxes.

Oh, there’ll be bills this Thursday at the one-day session, and attempts to restrict, or at least let lawmakers regulate just what Kelly can do through executive orders through the remainder of the year, but at least those will come down to mostly fights in the basement about who gets the best spot to cower.

The best news is that besides some of those issues related to the pandemic are fairly technical, and not blazingly political. Look for a delay in when you have to pay your second-half property taxes if you haven’t already sent in the check. That’ll help some Kansans who have been put on furlough or who are living on unemployment benefits.

Oh, and there will be some consideration of the amazingly complicated determination of just what responsibility owners of stores and restaurants and such – and their insurance companies -- have for customers or employees who wind up with coronavirus that they may or may not have picked up at the business.

Best part of the session is that there’s no new budget activity when the state really doesn’t know what it needs to spend and on what as a result of the pandemic. 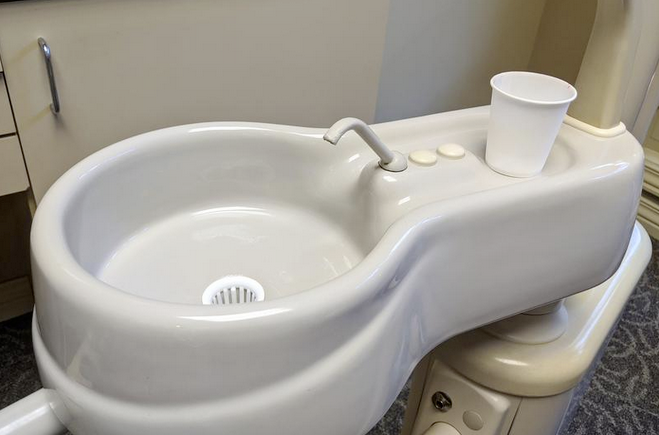 Dental offices across Kansas closed for more than a month to make sure they weren’t using up critical personal protective equipment needed at hospitals.

Now many are beginning to clean molars and bicuspids again.

Brian Grimmett of the Kansas News Service spoke with David Lawlor, a dentist, and Julie Martin, the president of the Kansas Dental Hygienists’ Association, to find out what you can expect when you go and how they’re trying to keep patients and employees safe.

The interviews were performed separately. The questions and answers have been edited for brevity and clarity.

Kansas News Service: What are the expectations for getting back up and running?

David Lawlor: We’ve been pushing patients back for six weeks. I think at first people originally we’re trying to do their best to deal with it. If it’s something I can put off for a while I will. But the last couple weeks it’s kind of been like we reached our limit and people got to get in.

We’re having people stay out in their car and we’re taking the temperature of staff and patients. We’re wearing masks, we have face shields, we have gowns, and for our cleanings we’re not using the Cavitron (a machine that uses ultrasonic sound waves to remove plaque from teeth) which is a thing that can aerosolize the virus. We’re doing mostly hand scaling.

KNS: You mentioned the precautions you’re taking, but is there some extra hesitancy from you or your staff, saying, you know I'm working with spit all day?

Lawlor: Yes and No. It’s what we do all the time. We’ve always been at higher risk for getting sicknesses because we’re working in people’s mouths. So, that’s been the main thing, trying to limit the amount of high air flow into the mouth that causes things to get into the air. And you know what? I think it’s all going to work out and be just fine.

KNS: Have you heard from any people that are afraid to go back to work?

Julie Martin: It wouldn’t be normal to not be afraid to go back to work. Because if our vigilance isn’t high, then complacency comes into play.

I mean our procedures, the nature of our job is removing the bacterial load that’s in our oral cavities. And a lot of our equipment does produce those aerosols. That includes your polishing. That involves splatter. Some of your ultrasonic equipment which has, like the water spray and the vibration. That also creates an aerosol. So I mean, pretty much everything that we do can exasperate that potential for spread.

KNS: Financially, what has it been like taking six weeks off?

Martin: This is a tough choice. If we don’t go back to work we can’t pay our bills. So, the economic issue of all of this is devastating. Having to go back to work is great, but is it worth risking your health and the rest of the public’s health that you care for, is it worth it? That’s (a decision) each individual, each oral health care provider needs to make.

KNS: Should you go to the dentist right now?

Martin: You know, if you have an infection and you are in pain, then absolutely go in and see the dentist. Get that taken care of. Because if you do have infection and do have pain it has a tendency to spread into the rest of the system.

Brian Grimmett reports on the environment, energy and natural resources for KMUW in Wichita and the Kansas News Service. You can follow him on Twitter @briangrimmett or email him at [email protected] The Kansas News Service is a collaboration of KCUR, Kansas Public Radio, KMUW and High Plains Public Radio focused on health, the social determinants of health and their connection to public policy.