The following is a summary of arrests, citations by the Riley County Police Department. Those arrested are presumed innocent until proven guilty in a court of law. 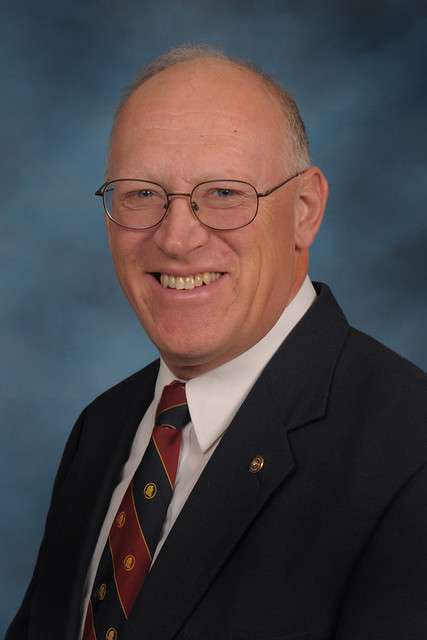 Come back to Kansas. That phrase might sound like a state tourism advertisement, but it would also describe the journey of college football players who grew up in the Sunflower State, moved away, and found an opportunity to come back home. Today we’ll learn about one such player.

Harry Trotter is one of those in-state talents who went away and took the opportunity to come back. He grew up at Atchison, Kansas and played high school ball at Maur Hill – Mount Academy. He had an outstanding prep career, rushing for 2,940 yards and 36 touchdowns, plus 87 yards and a touchdown catching the ball. During his senior season in 2015, he ran for 1,657 yards and 19 touchdowns.

Harry Trotter’s performance on the field earned him all-state honors from the Kansas Football Coaches Association, plus all-state honorable mention accolades from the Topeka Capital-Journal and the Wichita Eagle. However, it did not earn him scholarship offers from the major Division I colleges. Instead, he accepted a community college offer in hopes of going to a higher level in another year.

Harry chose to go to Fort Scott Community College. In his first year there, he rushed 146 times for 503 yards and eight touchdowns, while he caught 14 passes for 86 yards. His best rushing game of the year was against Central Methodist when he had 159 yards and three touchdowns on 19 carries, a game that featured a season-long run of 52 yards.

After that season, his journey took him to the Division I level and the Atlantic Coast Conference. Harry attended the University of Louisville, where he played in nine games.  After that, his journey brought him back home to Kansas. He chose to transfer to Kansas State where he had to sit out one season due to NCAA transfer rules.

By the 2019 season, he was able to get back on the field. He worked his way onto the depth chart as a running back by the time the season began.

On the opening drive of the opening game of the season, it was Harry Trotter who scored the team’s first touchdown on a nine-yard run. He finished with 50 yards on the day.

In the course of the season, Harry Trotter became one of the stable of K-State running backs. As injuries took their toll, he had to step into the spotlight. By the time of the Kansas game in Lawrence, the two backs ahead of Harry on the depth chart were injured or unable to go. As the saying goes, it was “next man up.”

Harry stepped up big time in the Kansas game. He earned his first career start and ran for a career-high 92 yards and a touchdown on 20 carries. Those rivalry games always seem extra-special to the in-state Kansas kids. In fact, 10 of the K-State starters were Kansas natives.

Among those natives was defensive star Trey Dishon who registered a team-leading two sacks in the game. That matched his previous career high of two sacks in a game which also happened to come against the Jayhawks back in 2016. Trey was also born in Atchison and had an outstanding prep career.

At Horton High School, Trey led his team to a 7 and 2 record and an appearance in the state playoffs. He earned all-state honors in football and basketball. In powerlifting, he won the 2013 Class 3A state championship in his weight class. Trey came to Kansas State where he redshirted and then started every game that followed. By 2017, he was named not only second team All-Big 12 by the coaches, he achieved second team All-Big 12 Academic honors.

That’s quite a record for someone from the rural community of Horton, population 1,696 people. Now, that’s rural.

Now Trey Dishon, Harry Trotter and their teammates are part of a bowl game. For Harry Trotter, it was worth the trip back home.

Come back to Kansas. We salute Harry Trotter and all homegrown athletes in Kansas for making a difference by representing their home-state teams. They help make for a fun homecoming.

Audio and text files of Kansas Profiles are available at http://www.kansasprofile.com. For more information about the Huck Boyd Institute, interested persons can visit http://www.huckboydinstitute.org.