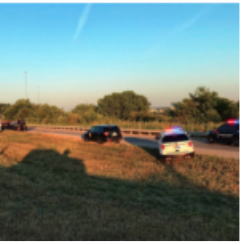 WICHITA, Kan. (AP) — Federal prosecutors are seeking to keep $173,000 that was seized from a driver in Kansas as he headed to Colorado to buy marijuana.

It's the largest of the civil asset forfeiture cases filed this month in federal court in Wichita involving suspected drug money. The seizure happened during a September traffic stop on Interstate 70 in eastern Kansas’ Wabaunsee County.

An affidavit says the driver told investigators that he and a passenger were traveling from Asheville, North Carolina, to Denver, where they planned to buy the marijuana. Colorado legalized marijuana in 2012.

In an unrelated case, the Kansas Highway Patrol found nearly $127,000 during an interstate traffic stop in Russell County. A third case was investigated by the Postal Inspection Service and involves nearly $45,000.