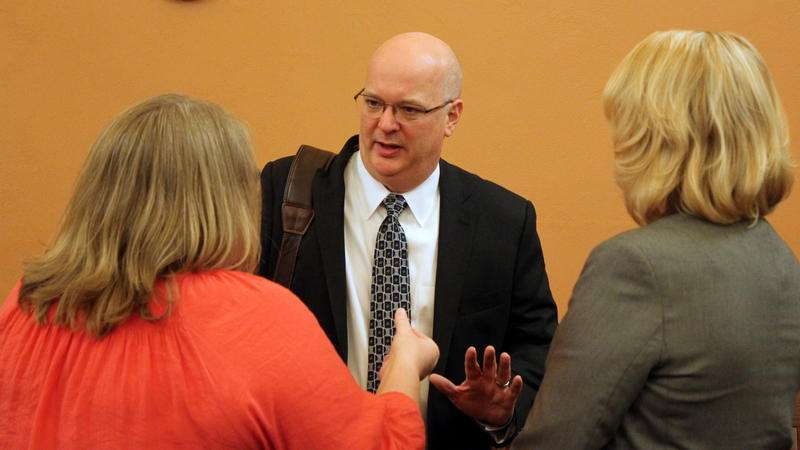 Though its Medicaid contract is still at stake, Aetna Better Health is making progress, Kansas lawmakers and state regulators said this week.

“There has been a good response from them,” Kansas Secretary of Health and Environment Lee Norman told a panel of lawmakers Tuesday.

State regulators had put Aetna on notice in July that it wasn’t in compliance with its state contract and risked being fired. The state initially rejected Aetna’s proposal to correct issues this summer, but approved an updated plan in September that included concrete deadlines to fix specific issues like delayed payments to hospitals.

Company executives took responsibility for the challenges in August, and said Tuesday that improvements were happening.

“The work is not done yet, but we’ve come a long way,” Aetna national Medicaid CEO Randy Hyun said.

Among the changes are new processes to make payments to hospitals quicker and fix incorrect payment rates. The company also enrolled more health care providers, from 17,700 in March to 32,600 by the end of September.

The company also replaced top Kansas officials, and the new head of Aetna’s Medicaid program in Kansas said he is focused on the improvements and the quality of care Medicaid recipients receive. Aetna provides health care coverage for about one quarter of the nearly 400,000 low-income Kansans on Medicaid.

“What I will personally promise is there’s going to be a never-ending focus on quality and outcomes,” state Aetna CEO David Livingston told lawmakers. “It’s our contractual obligation. It’s a moral obligation.”

Despite the improvements, hospitals told lawmakers this week that they still see delays getting paid by Aetna, and there can be issues signing up to become an in-network provider.

“When you submit the same information to the same place over and over again, it just becomes very frustrating,” said Paula Pedersen, Abilene Memorial Hospital’s director of patient financial services.

Lawmakers expressed relief that Aetna was on firmer footing, despite the remaining issues.

The head of KanCare noted that Aetna has set deadlines to make additional changes, and that the threat of firing them still stands.

“Our goal is to work them into compliance,” Medicaid Director Adam Proffitt said. “This will not continue in perpetuity.”

He added that the state expects to see additional progress by the end of the year.

“We’re continuing to enforce high standards on them,” Proffitt told lawmakers. “We are not taking our foot off the gas.”