TOPEKA, KAN. – A man was sentenced this week to 52 months in federal prison for smuggling 18 pounds of cocaine to Kansas, according to U.S. Attorney Stephen McAllister.

Jesus Gonzalez-Molina, 30, Pomona, CA., pleaded guilty to one count of possession with intent to distribute cocaine. In his plea, he admitted he was driving eastbound on I-70 through Shawnee County when he was stopped by the Kansas Highway Patrol.

Troopers searched the 2007 Toyota 4Runner he was driving and found a hidden compartment containing the drugs. 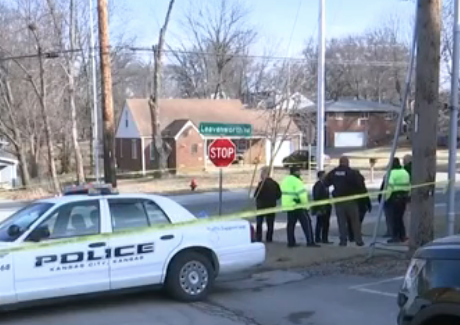 KANSAS CITY, KAN. (AP) — The son of a school crossing guard who was struck and killed in Kansas City, Kansas, described his father as “selfless."

The Kansas City Star reports that Bart Nill, said his father, 88-year-old Bob Nill, was dedicated to the job and wasn't surprised that he saved two children from being hit before he was struck Tuesday near Christ the King Parish School. He died at a hospital.

“He loved kids so much,” Bart Nill said, recalling the detailed instructions his father gave him one day when he filled in for him because his father was having heart problems. Bob Nill had been a crossing guard for five years.

The driver of a black sedan that hit the guard was taken to a hospital, but no children were hurt. The school said on social media that Bob Nill was a hero.

The investigation is continuing.

Kansas City (AP)—A crossing guard who died after being hit by a vehicle in Kansas City, Kansas, saved the lives of two children before the impact, a school principal said.

Christ the King principal Cathy Fithian said two students were getting ready to cross the street when the guard yelled at them to stop, preventing them from being in the car's path, The Kansas City Star reported.

KANSAS CITY, Kan. (AP) — Kansas City, Kansas, police say a crossing guard died after being hit by a car while trying to stop traffic near an elementary school.

Police spokesman Jonathon Westbrook says the guard was hit early Tuesday near the Christ the King Parish school. No children were injured. The crossing guard was employed through the city. The driver of a black sedan that hit the guard was taken to a hospital. No further details were immediately released.