WICHITA, KAN. (AP) — AN effort to have a Kansas priest who died in a North Korean prison camp reach sainthood could take an important step forward next month.

A panel of archbishops and cardinals will meet March 10 to vote on whether Emil Kapaun is worthy of the title of “Venerable," which is the second step in the process toward sainthood in the Catholic Church. Pope Francis will make the final determination.

Kapaun was named a “Servant of God,” the first step towards canonization, by the church in 1993. If the Venerable title is bestowed, the church would begin the process of investigating alleged miracles attributed to Kapaun.

The Diocese of Wichita has long championed the cause of sainthood for Kapaun, who was raised on a farm in the town of Pilsen.

During the Korean War, Kapaun’s regiment was overrun by Chinese and North Korean soldiers during the Battle of Unsan. Kapaun’s actions during that 1950 battle resulted him being posthumously awarded the Medal of Honor by President Obama decades later. 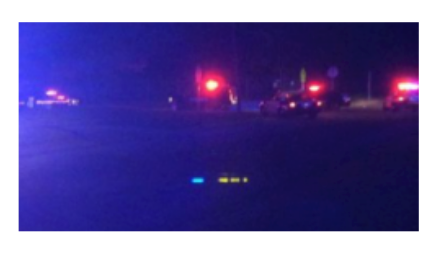 Just before 7p..m.  Sunday, police were at St. Joseph Hospital in Wichita when they had contact with 21-year-old Israel Norwood.

He was the front seat passenger of a 2007 Chevy Impala, had suffered a gunshot wound to his body and died at the hospital, according to Wichita police Lt. Christian Cory.

Norwood's 17 and 18-year-old brothers had also been in the vehicle that arrived at the hospital. The 18-year-old fled from the hospital on foot. Police later located him in the area.

The brothers and other family members have been uncooperative with the investigation, according to Cory.   Police ask for anyone with information on the shooting to contact them.