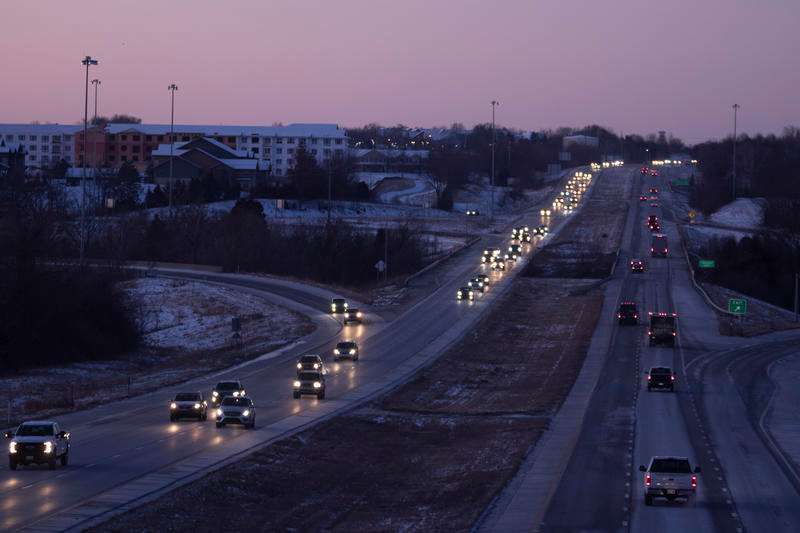 TOPEKA — Kansas Gov. Laura Kelly’s transportation plan isn’t as bold as those that came before it.

Since the 1990s, Kansas has spent tens of billions of dollars on three successive 10-year programs. Each required a tax increase and launched with a commitment to complete a long list of new building projects.

But Kelly, a Democrat who won election on a promise to restore the state’s finances, isn’t proposing a bunch of new projects. And she isn’t seeking a tax increase to help pay for her plan.

Instead, she’s pledging to stop taking money from the Kansas Department of Transportation — and asking lawmakers to do the same — so that the agency can rebuild roads and bridges suffering from years of lax maintenance. She’s also promising to complete all but one of the 21 projects abandoned during a budget crisis that followed tax cuts passed under Republican Sam Brownback when he was governor.

Half of the $10 billion Kelly proposes spending over the next 10 years is earmarked for maintenance work.

“We must close the ‘Bank of KDOT’ and make sure that funding for transportation is spent on transportation,” Kelly said last when announcing the program.

That means no more raids on the pool of money earmarked for transportation.

Those raids were commonplace during the Brownback administration. With tax revenues plummeting, Brownback and lawmakers diverted about $2 billion to plug gaping holes in the state budget.

Kelly has slowed the transfers and pledged to end them by 2023.

Breaking with precedent, Kelly isn’t committing to a set list of highway projects. Instead, said KDOT Secretary Julie Lorenz, a handful of projects will be selected every two years based on what the agency concludes are the most urgent needs.

Doing that, she said, will give the agency the flexibility it needs to respond to emerging issues and “make good investments that stand the test of time.”

At the moment, Lorenz said, nothing is more urgent than expanding a section of U.S. 69 that cuts through the Johnson County community of Overland Park. It’s the busiest stretch of four-lane highway in the state. More than 80,000 daily commuters regularly transform it into a virtual parking lot during the morning and evening rush hours.

“In terms of congestion on a four-lane highway, it’s the worst in the state,” Lorenz said. “It gets a grade of ‘F’ today and it gets worse in the future if we don’t do something about it.”

Engineering a solution isn’t a problem, finding a way to pay for it is, said Carl Gerlach, the mayor of Overland Park.

Adding express lanes that motorists would have to pay to use is likely the only way to get the proposed $300 million project done quickly, he said.

“If we don’t do something unique and different like tolling, we may have to wait ten,13,14 years before we get U.S. 69 expanded,” Gerlach said. “Can we do that? I don’t think so.”

The express lanes would likely be built in between the existing northbound and southbound lanes. Drivers would use electronic gadgets like those that automatically record their tolls on the Kansas Turnpike.

Express lanes have a mixed record. Still, research done by the Institute of Transportation Studies at the University of California-Los Angeles found that toll lanes can be a cost-effective way to reduce traffic congestion. They’re more effective than simply adding more “free” lanes to existing roads or expanding mass transit.

“Pricing reduces congestion,” ITS researchers said in a recent report. “Nothing else does.”

Under Kansas law, you can’t charge tolls on existing highways. Just new ones.

To add express lanes on U.S. 69, state and local officials would have to produce a study that they would both ease congestion and partially pay for themselves.

Lorenz thinks the project can be finished more quickly by putting it on a regulatory and logistical fast-track. So, she wants to start construction while engineers are still working on the design, rather than waiting until all the blueprints get drafted and approved.

KDOT used that process for the first time on a massive interchange in Johnson County finished in 2017. It connects Interstates 35 and 435 with Kansas 10.

“We shaved a year off that schedule and we got 12% more project … for the dollars,” she said.

Using the faster process to deliver the U.S. 69 project, Lorenz said, would save more than money.

“For every year that we delay in building your project, folks sit in traffic five million hours,” she said.

While many of the state’s most pressing transportation needs are in urban and suburban centers, Lorenz said there’s also money in the plan for road projects in rural Kansas. But, she said, not enough to satisfy the desire for four-lane highways everywhere local officials are clamoring for them.

Southwest Kansas is a case in point. Residents there say heavy truck traffic to massive meatpacking facilities in Garden City, Dodge City and Liberal have made existing roads unsafe.

“If you travel on Highway 83, you … would not believe all the trucks,” said Beth Tedrow, a Garden City Community College trustee, at a meeting with state lawmakers from the region just prior to the state of the 2020 legislative session.

In addition to being cheaper to build and maintain, she said, passing lanes “provide an enormous safety benefit.”

A recent KDOT study that evaluated the effectiveness of the passing lanes along a section of U.S. 400 in southeast Kansas showed they reduced crashes by 32%.

If a community that wants a four-lane is willing to accept passing lanes as an intermediate step, that increases the chances for state funding, Lorenz said.

“We will give them bonus points, if you will, additional consideration,” she said.

Jim McLean is the senior correspondent for the Kansas News Service is a collaboration of KCUR, Kansas Public Radio, KMUW and High Plains Public Radio focused on health, the social determinants of health and their connection to public policy. You can reach him on Twitter @jmcleanks or email [email protected]