KANSAS CITY, Kan. (AP) — A Kansas judge has set a March hearing for presentation of new evidence in the case of a man in prison for murder who says he was framed.

Attorneys for the Project for Innocence and Post Conviction Remedies at the University of Kansas and the Midwest Innocence Project have taken on the case of 62-year-old Olin “Pete” Coones, who is serving a life sentence for first-degree murder in the 2008 death of his late father’s caregiver, Kathleen Schroll.

The Kansas City Star reports that Coones’ defense said Schroll actually killed herself and her husband, Carl Schroll, in a “Machiavellian plot” because investigations into how how she handled Coones’ father’s money were catching up to her. Coones was acquitted of Carl Schroll’s death.

“She had no way out,” Coones’ attorneys wrote, claiming that Schroll also had been embezzling money from the credit union where she worked.

Judge Jenny Orth Myers set an evidentiary hearing for March 23 after ruling earlier this month that there had been manifest injustice. Coones’ attorneys plan to present evidence they consider new. To prove his innocence, Coones’ attorneys will have to establish it is more likely than not that no reasonable juror would have convicted him in light of new evidence.

Schroll had been hired part-time by Coones’ sister to help take care of their father, who suffered from dementia.

Coones’ sister died, and his attorneys say that in the months afterward checks for more than $28,000 were written from the father’s account to Schroll. The Kansas Department for Children and Families sent Schroll a letter in 2006 alerting her it found she financially exploited Olin Coones Sr.

That case was referred to the district attorney’s office for charges, but the prosecution was declined. Prosecutors did not provide a reason.

The death of Coones’ sister also meant Schroll was the sole owner of Coones Sr.’s home. After the elder Coones died, Pete Coones learned Schroll had been listed as a beneficiary of his father’s life insurance — something that had been done online without power of attorney. Coones challenged the change in beneficiary. The insurance company asked a federal court to determine who the proper beneficiary was.

The issue was unresolved when Schroll called her mother to report that Coones was in her home. When police arrived, they found that Schroll and her husband had been shot with a revolver that Schroll often carried in her purse, according to testimony.

The defense said there was no physical evidence tying Coones to the killing and that the prosecution bolstered its case with testimony from a dubious jailhouse informant. Alice Craig, an attorney with the Project for Innocence and Post Conviction Remedies, said during a recent court hearing that the district attorney’s office voiced concern that not all discovery in the case had been disclosed, which would amount to a constitutional violation. Coones has maintained his innocence.

Schroll’s daughter, Blair Hadley, called that claim that her mother orchestrated a murder-suicide “nonsense” and said her mother had no reason to end her life.

“People are trying to make her out to be a monster and she’s not,” Hadley said. “(Coones) is just trying to get out of this.” 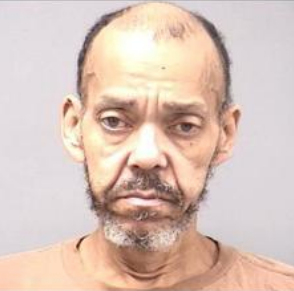 Kansas man did not get far after bank robbery

Timothy B. Riggans, 57, Wichita, Kan., pleaded guilty to committing a robbery July 30, 2018, at Emprise Bank, 257 N. Broadway in Wichita. Riggans approached a teller and demanded money. A security guard apprehended him outside the bank with the stolen money.