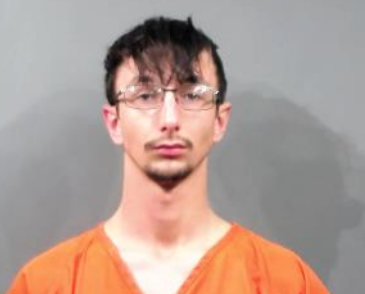 SEDGWICK COUNTY —Law enforcement authorities are investigating a fatal shooting and have a suspect in custody.

Just before 6 a.m. Saturday, police were dispatched to a shooting call at a residence in the 1200 block of South Main in Wichita, according to officer Charley Davidson.

Upon arrival, officers located 24-year-old John Buess-Wheeler of Augusta inside of the residence with a gunshot wound to his chest.

Buess was transported to an area hospital where he died, according to Davidson.

A short time later, officers learned that a second victim, a 25-year-old man, drove himself to an area hospital. He was treated for non-life threatening injuries. The investigation revealed there was a physical disturbance between a suspect identified as 20-year-old Carver Soliman, Buess-Wheeler and the 25-year-old man who are known to each other.

During the disturbance, Soliman fired a handgun, fatally wounding Buess and striking the 25-year-old victim in the arm.

Soliman was located inside the residence by officers and was arrested without incident. The shooting was not a random incident and is believed to be drug-related, according to Soliman. He is being held on a $250,000 bond for second-degree murder and aggravated battery with a deadly weapon, according to online jail records.