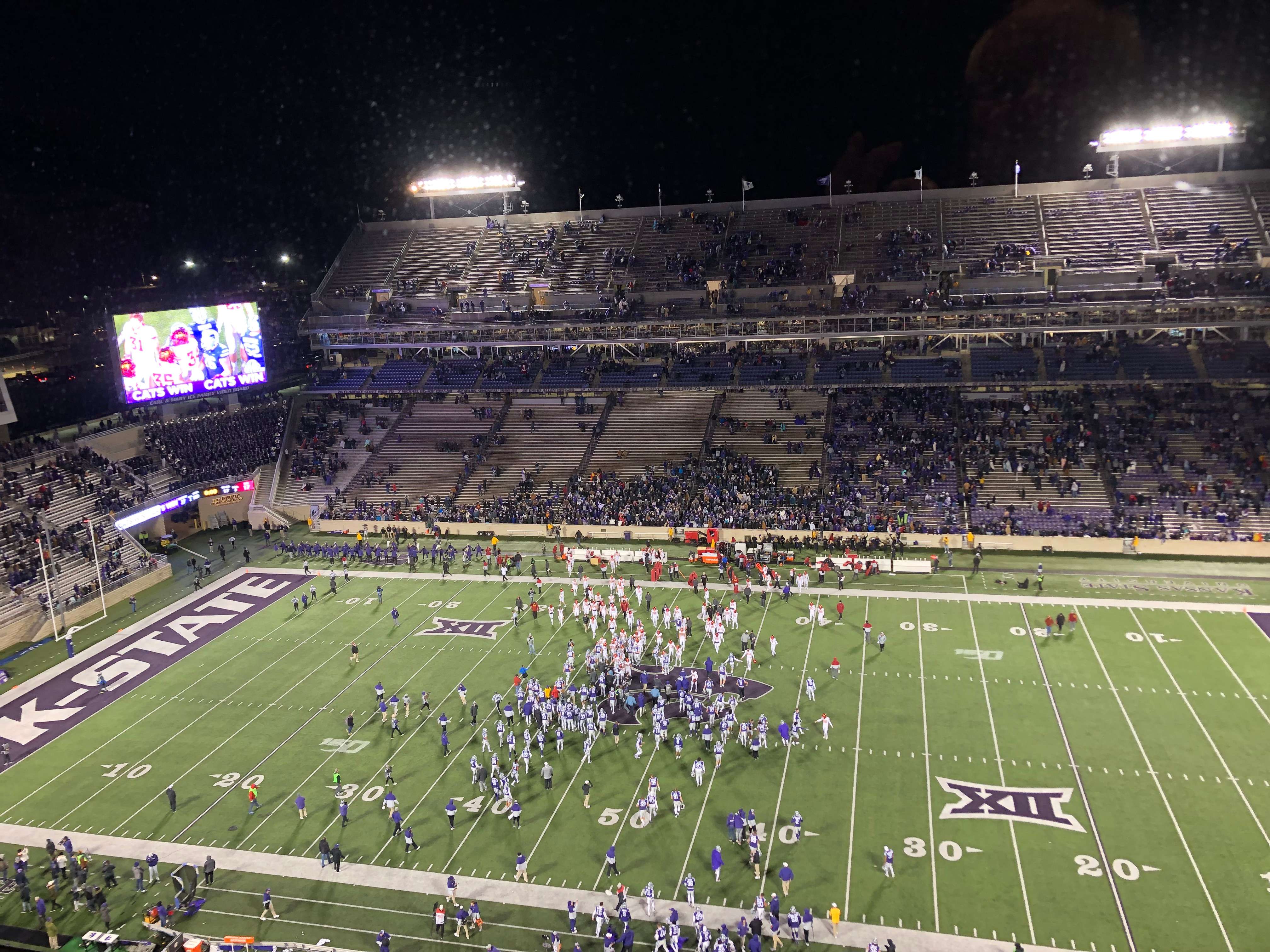 ( Kansas State ( 8-4 ) maintained possession of the football for 34 minutes and 12 seconds and held the Iowa State Cyclones ( 7-5 ) to 1 of 13 on third down conversions enroute to a 27-17 victory on Senior Night at Bill Snyder Family Stadium.

The Wildcats broke out of the gate kick with an opening play 93-yard kickoff return by freshman Joshua Youngblood to go up 7-0. Iowa State battled from behind to tie the game at 14-14 at halftime and jumped ahead 17-14 in the third quarter before the Wildcats got the game tied at 17-all on of two field goals on the night by Blake Lynch. 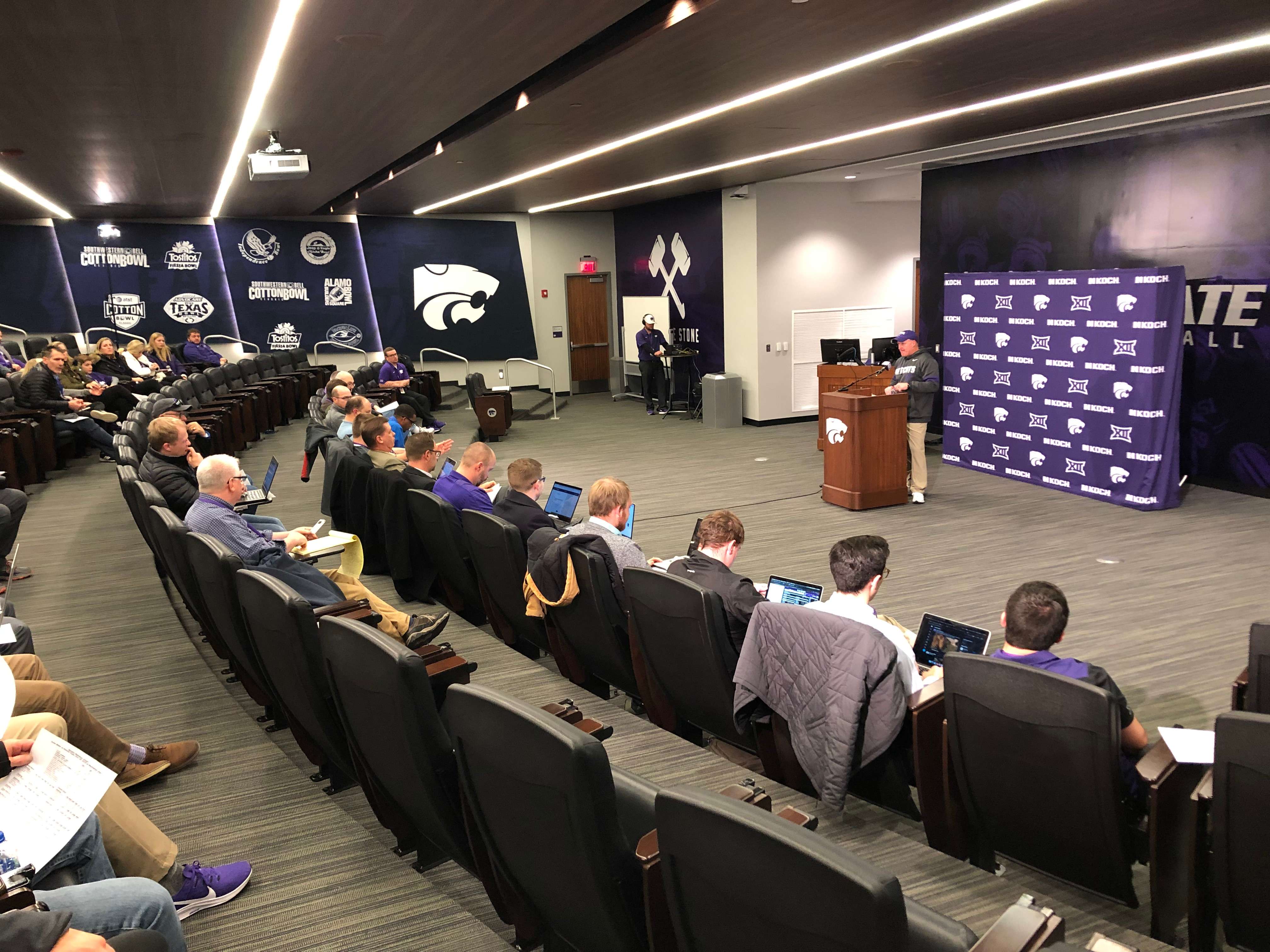 K-State Coach Chris Klieman called the victory a "great team win by our guys. So happy for our seniors that have put in the blood, sweat and tears for a long time, a lot of years here. After the big win down at Texas Tech, we were in the locker room and we challenged all the underclassmen, freshmen, sophomores, juniors to lay it on the line today for our seniors because of what they've meant to our program. Without question, we played an excellent football game. Was it it perfect? No. But the conditions weren't perfect either."

Cold weather and a bitter swirling west wind created challenges for players in the game and were a challenge for fans who were bundled in everything from heavy coats and stocking caps to blankets. For some it was too much as the crowd outdoors in the stadium thinned out a bit during the course of the game.

For the Wildcats freshman Jacardia Wright ran for a touchdown and the Wildcat defense held Iowa State q uarterback Brock Purcy to just 15 of 30 passing for 185 yards and a touchdown. The Cyclones only had 236 yards of total offense. They entered the game ranked sixth nationally in passing at 330.5 yards per game but Purdy struggled with the stiff wind.

Kansas State and Iowa State will now wait to find out their postseason bowl destinations.

Kansas State didn’t score for the first 6:09 of the second half to fall behind 44-37. The Wildcats never could catch up.

Xavier Sneed led the Wildcats (4-2) with 15 points and Cartier Diarra and Shaun Williams both added 10 points.