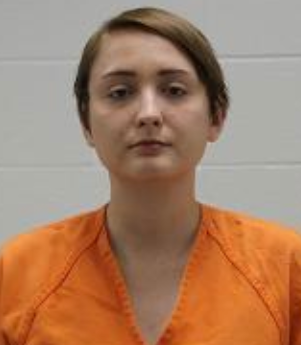 COUNCIL BLUFFS, Iowa (AP) — Two Nebraska residents accused in the Iowa shooting death of a man suspected of stealing a friend’s car are scheduled for trial next year. 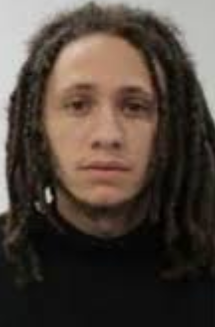 Jonathan Echtinaw, 25, and Carissa Kendall, 23, and others went looking for the car on May 6 after a friend reported it stolen to police in Omaha, Nebraska, according to police. Echtinaw shot the suspected thief during a confrontation at a gas station in Council Bluffs, police have said, and a Pottawattamie County grand jury indicted the two.

The case has presented an extra challenge because of the defendants’ assertions of self-defense, said Pottawattamie County’s chief prosecutor, Matt Wilber. That prompted him to employ a grand jury.

“If I’m struggling with what should we do, a grand jury is good to use.

The conscious of the community,” he said, noting in the vast majority of cases his office decides whether to charge someone.

The friends trying to find the woman’s car were tipped that it had been seen in Council Bluffs, across the Missouri River from Omaha, and they piled into their vehicles and began their search, police have said.

The car was spotted at a Council Bluffs gas station. Kendall stopped her vehicle in back of and another of the cars in the informal posse stopped in front, hemming it in, police said.

Echtinaw opened fire after the car driver put it in reverse and rammed Kendall’s vehicle and then blasted forward to hit the other vehicle, police said.

The driver managed to get away, with the posse in pursuit. The car soon crashed, police said, and the driver was rushed to an Omaha hospital, where he died.

He has been identified Ethan Edgar, 18, who lived in Hutchinson, Kansas.

The trial of Echtinaw and Kendall is set to begin Jan. 7, Iowa court records say.

KANSAS CITY, KAN. – A Kansas man whose auto windows were so darkly tinted that it gave police a reason to stop him was sentenced Tuesday to 10 years in federal prison on a drug trafficking charge, according to U.S. Attorney Stephen McAllister.

Ty Stultz, 44, Shawnee, Kan., pleaded guilty to one count of possession with intent to distribute methamphetamine. Police in Kansas City, Kan., responded to a complaint that a man in a silver Cadillac was selling drugs at an apartment complex. They spotted Stultz driving out of the complex.

They found probable cause to stop him when they noticed that the one-way glass in his windows appeared to violate state law, which prohibits window tinting that blocks more than 35 percent of sunlight. In the car, officers found methamphetamine and a .40 caliber handgun. A records check determined Stultz had prior drug convictions.