K-State to kick at night in final road contest 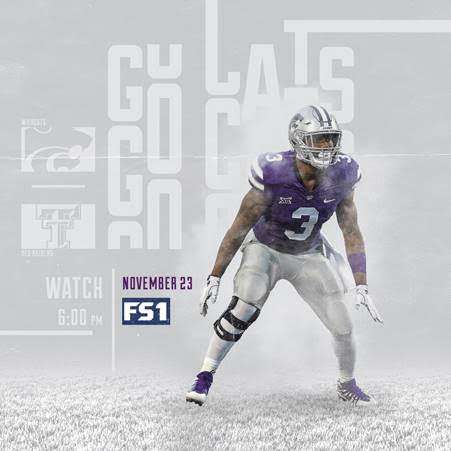 MANHATTAN, Kan. – The Big 12 Conference and FOX Sports announced Sunday that Kansas State’s final road game of 2019 slated for this Saturday at Texas Tech will kick at 6 p.m., and be shown on FS1.

It is the Wildcats’ first night game at Texas Tech since a 41-34 victory in 2011, while it is the third time K-State will play under the lights this season. The Wildcats are looking for their fourth-straight win over the Red Raiders, which would tie their longest winning streak in the series.

K-State’s regular-season finale and its annual celebration of Senior Day is on November 30 against Iowa State, and that game time and TV designation will be announced on Monday. Tickets for the game against the Cyclones are available at www.kstatesports.com/tickets, by phone at 1-800-221-CATS or at the main ticket office inside Bramlage Coliseum.